When planning to move to Japan for work or study, you might deal with employment agencies. In this situation, it is important to be aware of scams or exploitative tactics. If you do encounter trouble, you should know the authorities whom you can consult regarding for support.

On April 5, the Japanese Embassy in Hanoi, Vietnam published examples of such incidents to warn those wishing to work or study in Japan and advising against getting involved with these agencies.

These incidents were reported in June 2018 to the “IEVJ” consultation desk in Hanoi, part of an organization which was established by Vietnamese and Japanese volunteer lawyers to assist those looking to live in Japan.

A variety of scams were reported, involving the failure to provide the certificate of residence eligibility, unreliable and inadequate services, forgery of official documents, and irrelevant charges.

For example, in a case involving the certificate of residence eligibility, even though the applicant was informed that he/she had successfully landed a job, the person never received the status of residence despite waiting an excessively long time. In spite of checking with the agency, the reply was always, “Please wait.”

In another case of involving unreliable and inadequate service, no service was provided even after paying the agency commission. Moreover, not only were answers like “The documents are being scrutinized by the Immigration Control, so you need to wait,” given, but also no confirmation whether or not the documents had actually been submitted could be provided. In a separate case, some individuals secured a contract with an agency, and was offered a 10 million VND fee discount along with free Japanese language lessons for 3 months. However, there were cases where this refund was not given, and free lessons were never provided. Some companies hired college students to pretend to be apprentices to find a host company in Japan. Moreover, there were also cases in which a company name was changed many times.

In the example involving forgery, university diploma certificates were faked without any consent and inaccurate or dishonest contents were submitted to the Immigration Control of Japan. In some cases, the bank balance proofs or family income proofs were forged. In other cases, the company name or company seal was kept hidden when issuing receipts.

Moreover, in cases of inappropriate charges, by paying 500 to 1000USD to an agency, the answers for the Japanese immigration test were secretly provided. Also, exorbitant fees up to 11,500USD were demanded, when the typical referral fee for the contract agency is 7,000 to 7,500USD. Not only this, fees were charged despite having no client companies contracted to offer employment.

Despite having university specialization and aspiring for an engineer’s job, one applicant was offered a job as a “cleaning engineer” (custodian or janitor) at hotels and buildings. The applicant was promised resident status for 5 years and 7,500USD was charged. In another example, right before starting work as an engineer, a person was forced to apply for a technical intern visa despite being fully qualified. There was also a case of sending applicants to Japan on 15 day “Visitor visas” instead of work visas; the suspect agent disappeared.

The Embassy of Japan in Vietnam has urged prospective immigrants to take precautions such as “thorough study of Japanese language” to confirm the information in contracts, or to “ask for receipts when payment is done” to avoid any trouble. Also, one should realize that something is suspicious if you receive a “Visitor visa” when you are entering Japan for work or study. Contact the Embassy of Japan immediately in such cases.

If you wish to work or study in Japan, it is always better to check the information beforehand to avoid problematic situations. Still, if you find that you are in trouble, please consult the embassy or IEVJ. 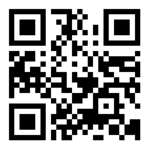